This report was compiled by Hatcher Pass Avalanche Center staff.

On March 9, 2020 a 17 yo male was snowboarding near the 16 mile road run at Hatcher Pass. The rider, herein referred to as Rider #1, accessed the run from the standard 16 mile entry from the top of the road, just between Archangel Road and the Fishhook Lot. At approximately 1230, the victim became separated from the group after stating he was going to ride to the “riders right” of the main run. Based on Go-Pro footage, the Rider #1 unintentionally dropped into the creek drainage. After realizing he was off route, he took his splitboard off, separated the board into walk mode, and attempted to hike uphill out of the ravine.  He triggered the avalanche as he headed up out of the terrain trap.

Rider#1’s friends spent hours looking for him with unsuccessful attempts, and then called his parents. At 1600 hours, nearly 4 hours after he went missing, Rescuer#1 began looking in the area.  Upon arriving, Rescuer#1 was quickly able to identify the avalanche but was unable to access the bottom of the slope due to terrain and safety concerns.  Another group of riders were flagged down to help.

A 19 yo male, herein referred to as Rescuer#2, was able to see the crown of the avalanche approximately 400 feet down-slope from the start of the road run. Rescuer#2 described the avalanche as “off-route” from the typical road run according to most users of the area. Rescuer#2 first took out his probe as he moved down slope and secondarily noticed a boot sticking out of the snow. Rescuer#2 went directly to the object and dug out the victim.

Rider#1 was facing head down, face down, and buried about 3 feet deep. Upon digging out Rider#1, Rescuer#2 noticed that the victim was breathing and cleared his airway. He noted about a softball size airspace in front of his face when buried. Rider#1 had vomit and blood in his mouth. His face and lips were blue, had dilated eyes, and a swollen neck. He was breathing, but unconscious. As more rescuers arrived at the location, Rider#1 had regained consciousness, but was not able to talk, just groan. HPAC estimates that it took about 15 minutes to find and dig out Rider#1.  Note that Rider#1 went missing at 12:30 and the Rescuer#2 on scene found him at approximately 16:15.

Rescuer#3 brought warm clothes to the site approximately 45 minutes to one hour after digging the Rider#1 out. It was snowing the entire time. A sled was lowered down to the site at approximately 1900. At this point, Rider#1 had been moaning for 2 hours. Rider#1 had no backpack, wore a t-shirt with jacket, bibs, and a go pro on his head.

At this point, 3 additional people who were skiing that day at Hatcher Pass, herein referred to as Rescuers 4, 5, and 6, were notified by HPAC of the need for their assistance.  However, they were delayed in responding due to a lack of cell service. They observed whumping while traveling to the site. With multiple agencies spread across the top, bottom, and throughout the slope, a track was packed out to extricate Rider#1.  Rider#1 was moaning while being packaged for evacuation and responsive to painful stimulus.

During the haul out via sled Rescuer#4 was stationed at Rider#1’s head. During the last push up to the platform Rider#1 lost pulses. This part of the track had overhead exposure, so CPR was delayed.  CPR was initiated at the platform by Rescuer#4. It was ensured that no more team members were left in the ravine or exposed to overhead hazard.  Rider#1’s pupils were fixed, 4mm.  Rider#1 was cool to touch.

High quality CPR and rescue breathes were continued with multiple trained responders switching off as required. At this point, Search and Rescue (SAR) groups were staged at the bottom. An AED was called for.

At 20:53, the SAR team received the AED. A shockable rhythm was obtained, and the patient was shocked. High quality CPR was continued with multiple shocks administered. Two rescuers were managing the code and doing CPR.  After multiple shocks and continuing CPR, the decision was made to haul down to the waiting ambulance. A rescuer rode the sled, continued CPR and managed the AED. SAR groups and Rescuers managed the haul down to the road. Rider#1 was loaded in the ambulance and one Rescuer, who happened to be an ER doctor, accompanied Rider#1 in the ambulance to help run the code.

Timeframe of the accident. Avalanche occurred ~12:30, Rider#1 found at 16:30, rescue contact around 19:00, and CPR started at 20:30. AED at 20:53. Time of death in hospital at 23:32 due to cerebral injury and prolonged hypothermia despite aggressive advanced medical care.

The avalanche occurred on a relatively small slope that funneled into a terrain trap.  A significant amount of new snow rapidly overloaded a persistent weak layer of snow formed in January. The slab ranged from 4F to 1F hardness sitting over a 10 inch F- weak layer. The crown was approximately 2.5 to 3 feet deep. The slope angle at the crown was 38 degrees.  The slab was ~60 feet wide and ran ~100 feet. The consequences of this avalanche were compounded by a terrain trap at the bottom of the slope that funneled into the bottom of a creek.

The accident investigation was conducted by Chugach Avalanche Center staff and Jake Kayes, who works closely with HPAC, as the HPAC forecaster on duty was suffering from an injury at the time and could not enter the field.

Pit profiles and testing were conducted at the avalanche site on 3/10. 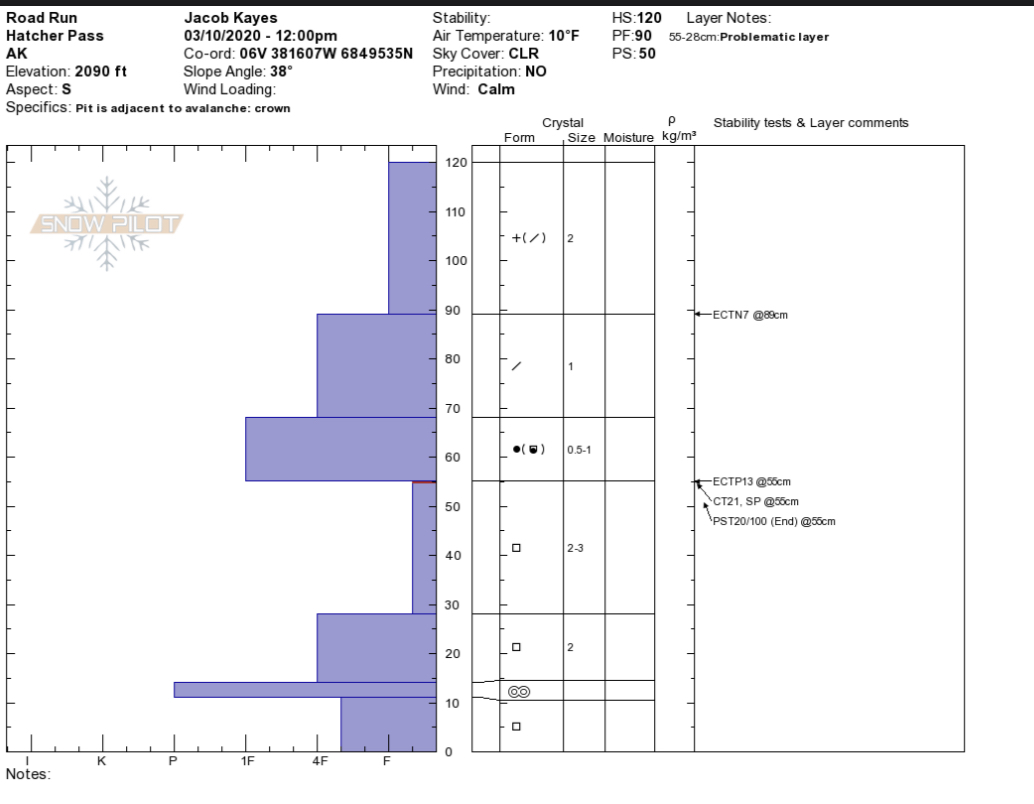 The avalanche forecast prior to this accident was issued on Saturday, March 7 with a Moderate Hazard, with an emphasis on persistent slabs, 1-4 feet deep. On March 8th and 9th conditions summaries were issued alerting the public to an increased avalanche hazard with natural avalanches likely, due to significant new snowfall accumulations. The last conditions summary on 3/9 can here seen HERE which alerted the public to dangerous avalanche conditions at all elevations (you can scroll back, allowing you to view the previous days forecasts and summaries).

A weather transition in January brought very cold temperatures and very little precipitation, which resulted in a near surface facet layer up to 40cm thick. Once buried, this persistent weak layer became the culprit in this avalanche accident, and this layer would go on to plague Hatcher Pass for the rest of the season.

A series of storms occurred prior to the avalanche fatality which overloaded this weak layer and resulted in avalanches. From 3/1-3/2 Hatcher Pass received about 12-16″ of new snow and 1.3″ SWE at 3000’.  A large natural cycle occurred following this storm. Next, Hatcher Pass received 36” of snow at 3000’ in 48 hours from 3/7 to 3/9 prior to the accident.  Even though this accident occurred at the low elevation band which received less new snow accumulation, the lower elevations still received a significant, rapid, new load which was capable of overloading the buried persistent weak layer. Winds remained low to moderate at 4500’. Three days later a remotely triggered avalanche would cross the road. 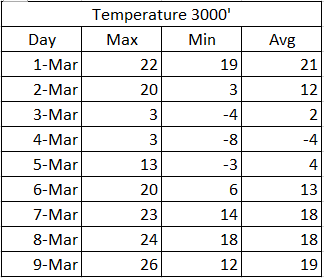 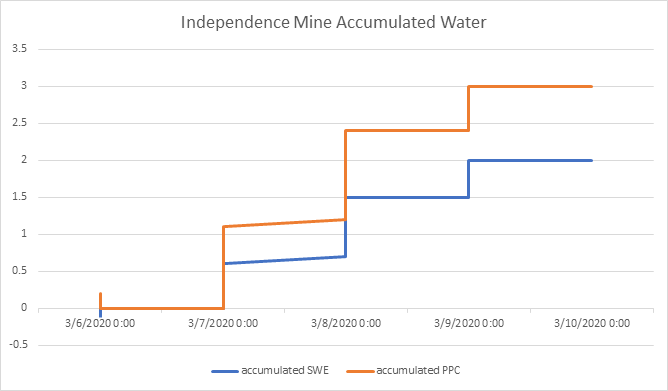 Media links about the accident: 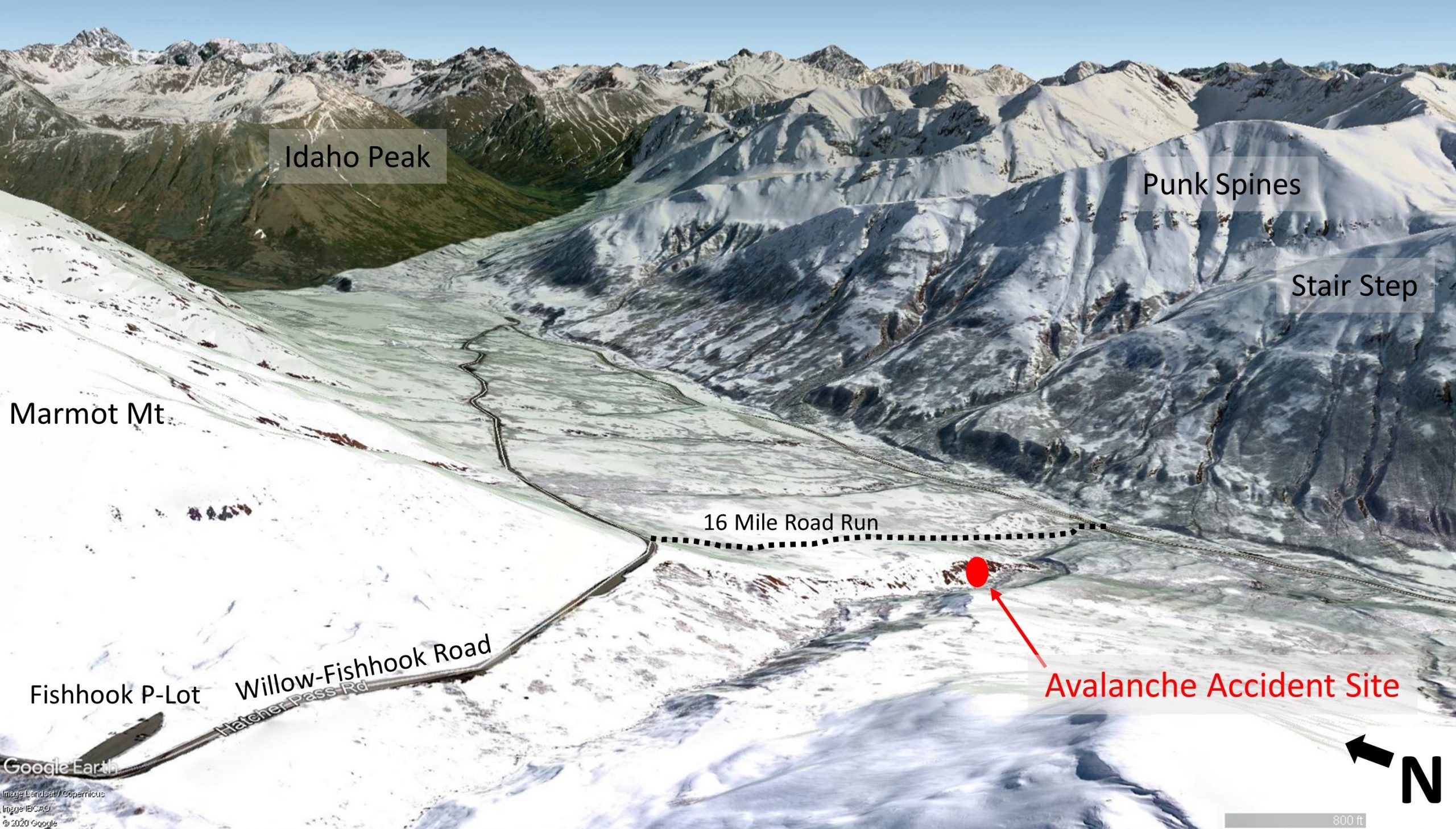 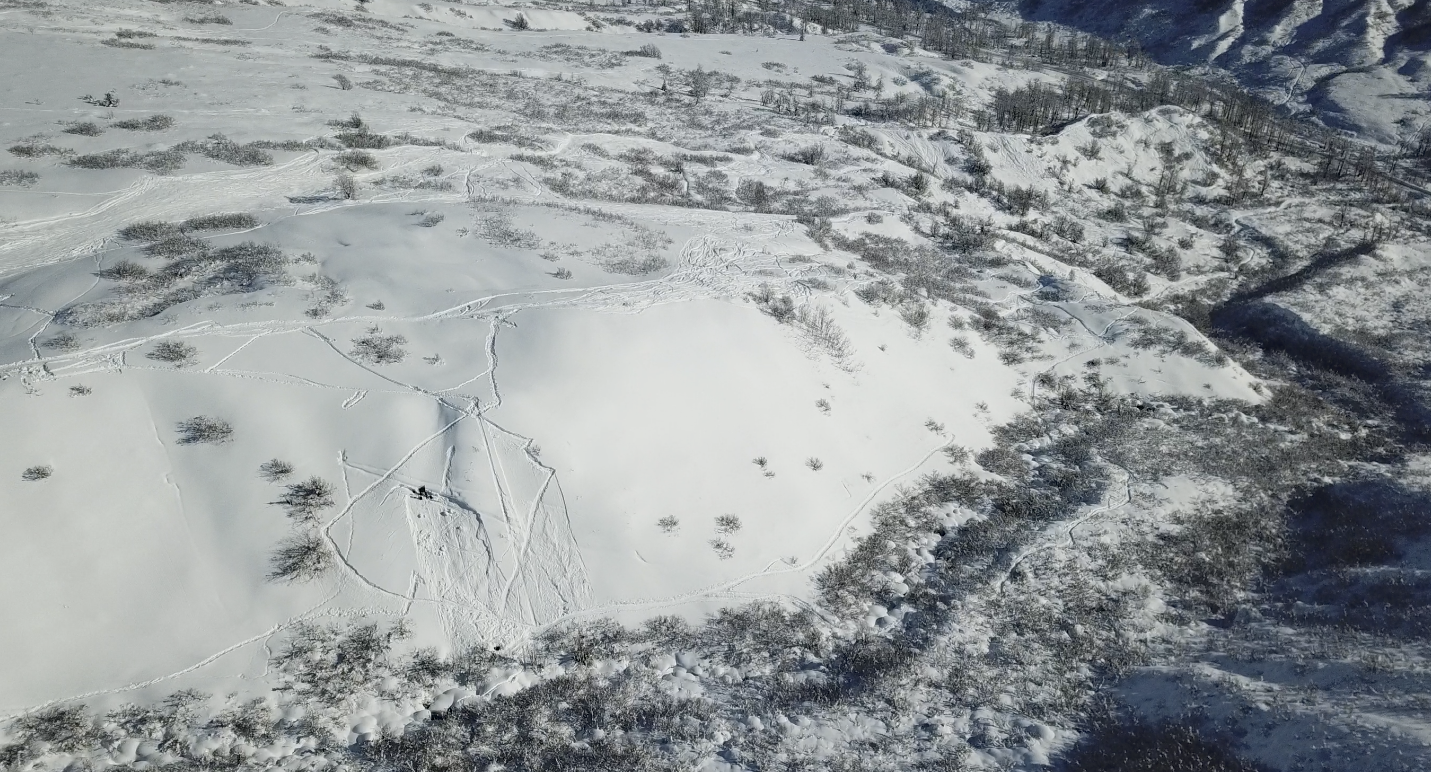 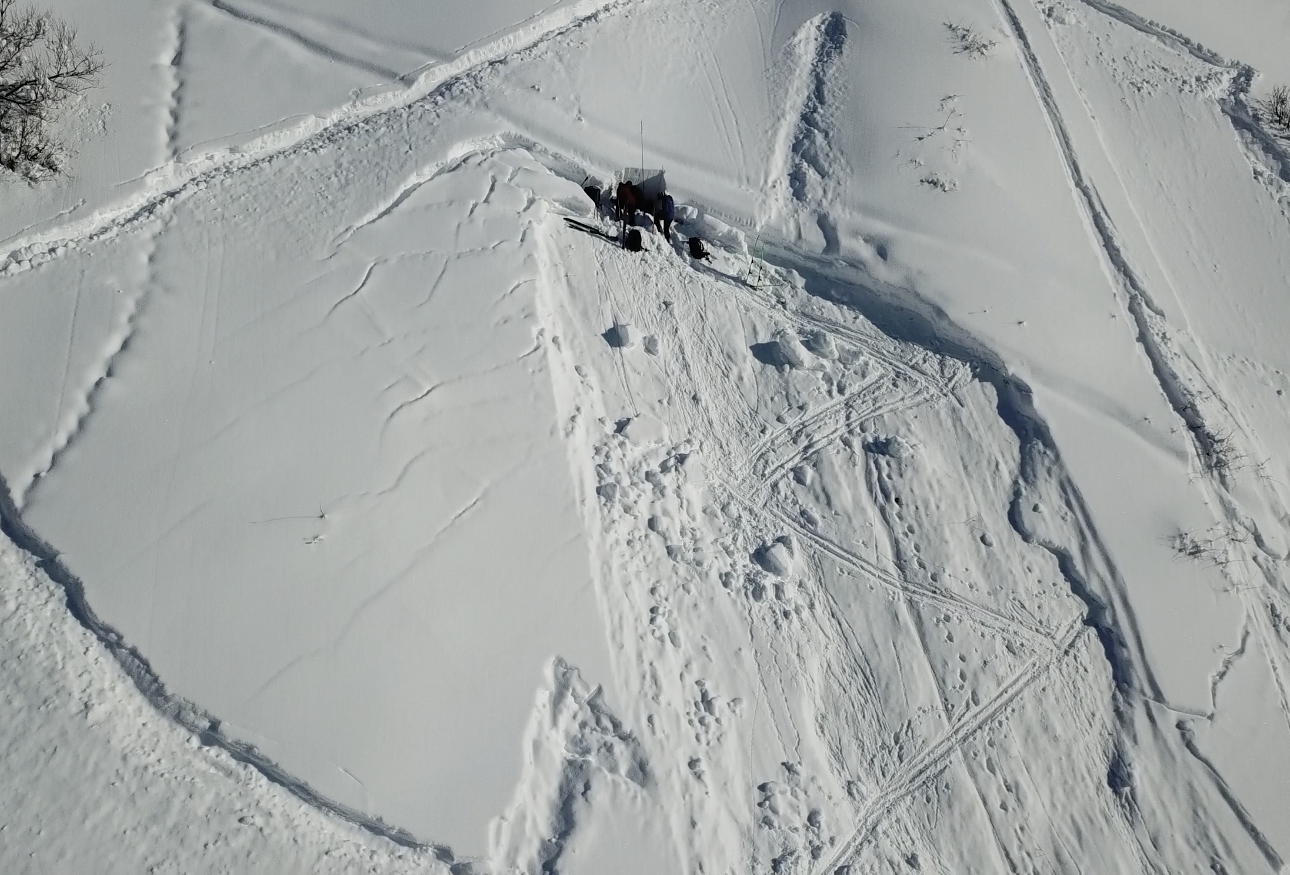 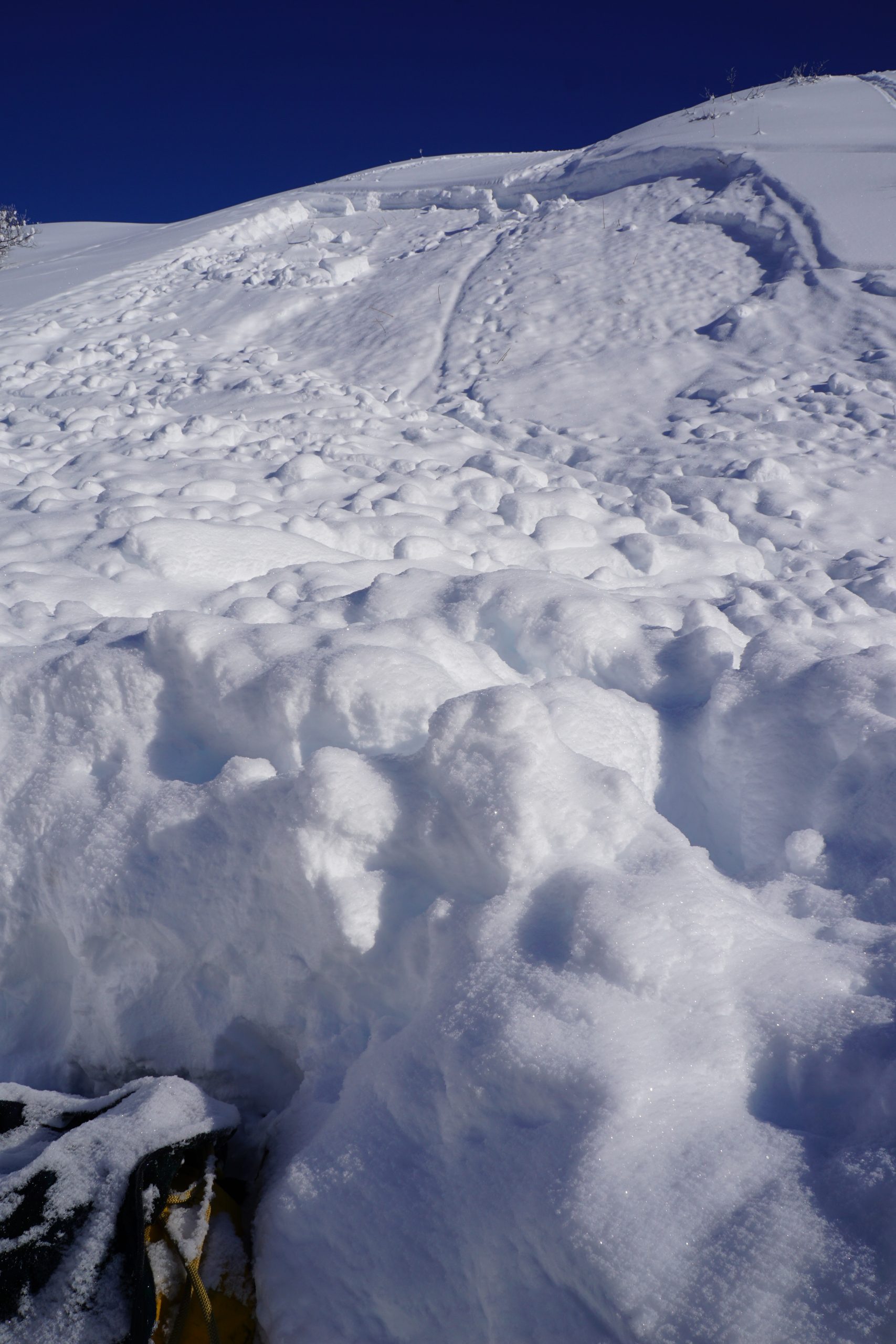 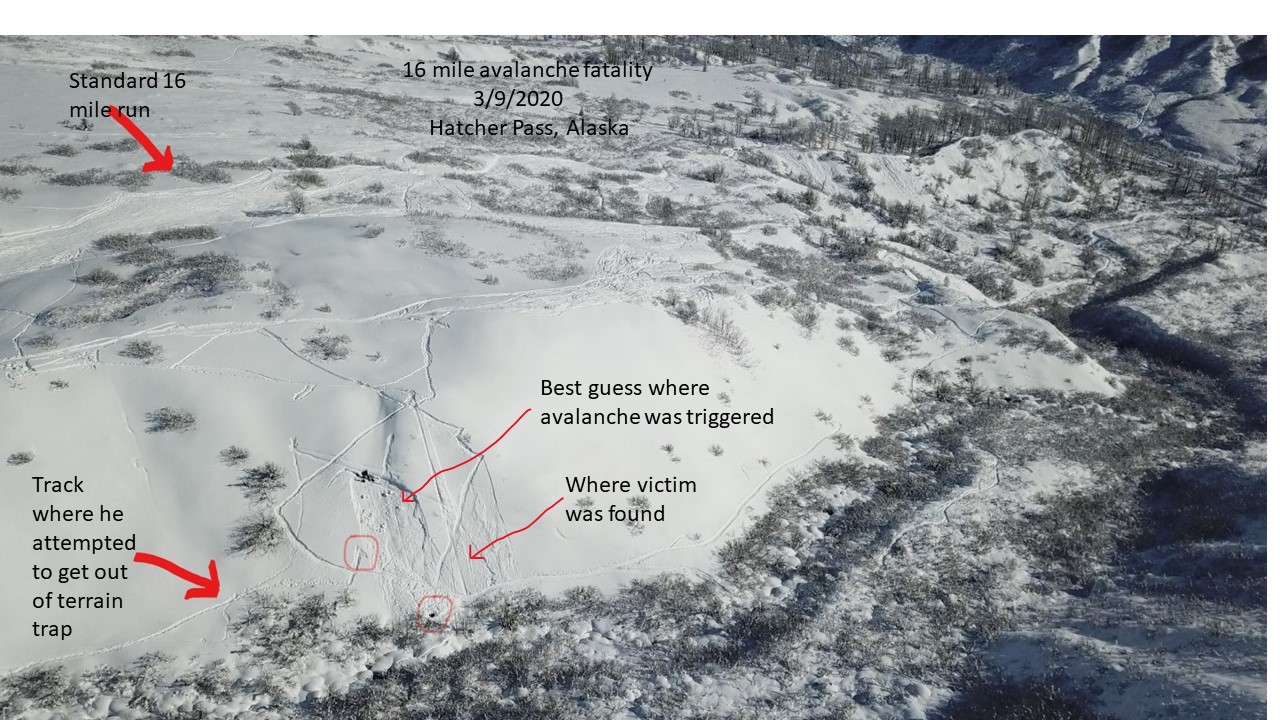