It will be possible to human trigger or remotely trigger a 1-3 ft. thick persistent slab avalanche on all aspects, at all elevations, on slopes 30º and steeper today.

There is a lot of spatial variability out there due to recent strong winds re-distributing snow earlier in the week. Conditions are highly variable, consisting of supportable and breakable wind board, old crusts,  wind scoured ridges, cross loaded gullies, and in some areas the snowpack is almost entirely weak, sugary facets.  The snowpack varies from 1 to 6 feet deep, and this variation can be found across a slope in as short a distance as 50 feet.

Few people have ventured far into the upper elevation terrain at Hatcher Pass this week. Let this be a reminder that the lack of recent human triggered avalanches does not necessarily correlate to safety or stability. Instead, it is a time to ask more questions of the snowpack, make appropriate terrain decisions, and use safe travel protocol.

16 Mile Report: Use caution on steep slopes, in terrain traps, and gullies where stiff slabs over weaker snow may result in avalanches.

Old, weak layers in the snowpack were re-activated once again this week. New snow and wind earlier in the week resulted in several large natural avalanches on 12/21-22 on all aspects and elevations. Most notably were large naturals in Martin Mine (D2), April Bowl (D2), Eldorado (D2x3), Microdot (D2). Towards the end of the week we experienced benign weather.

No recent avalanches have been observed since 12/22. 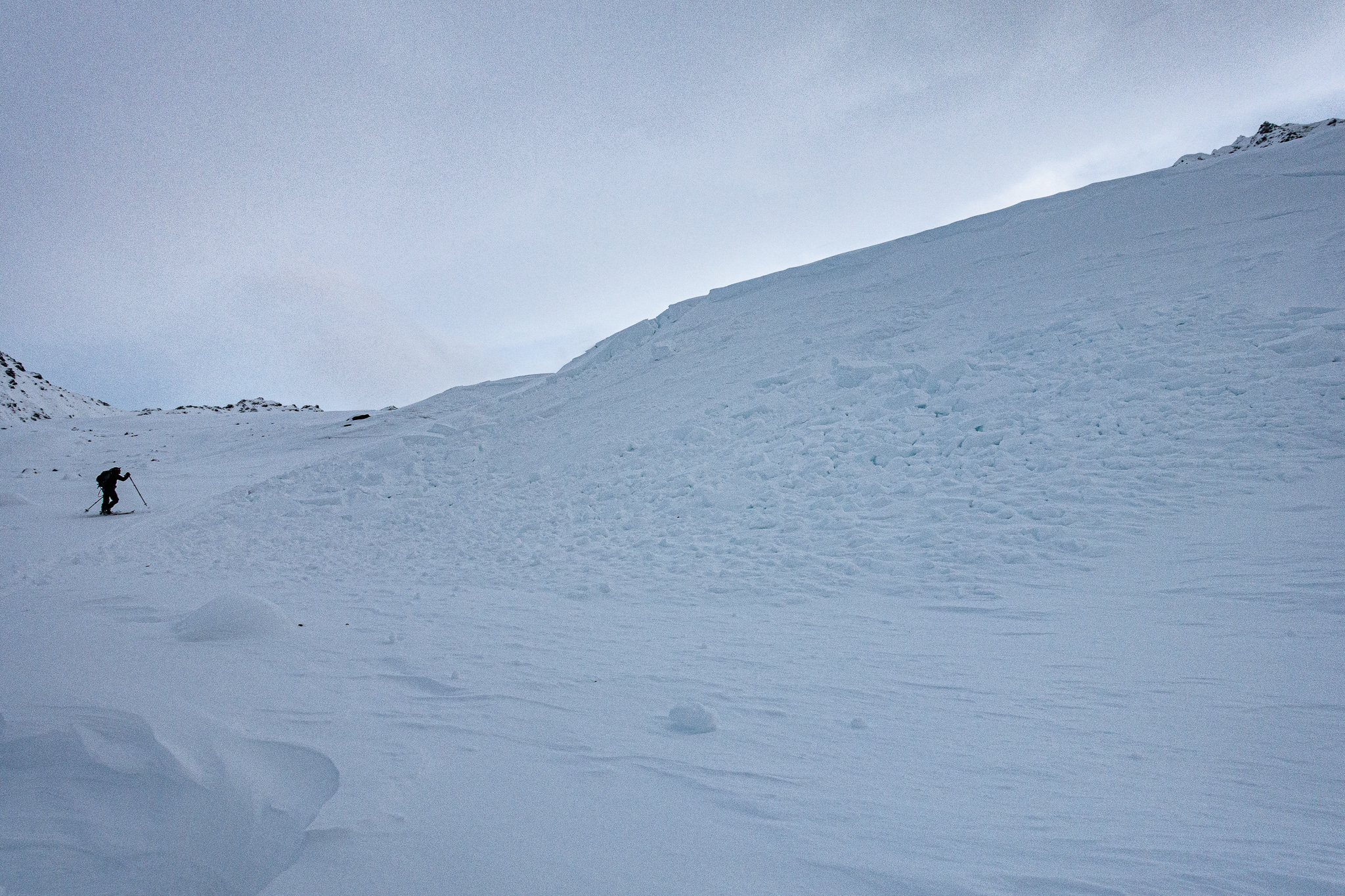 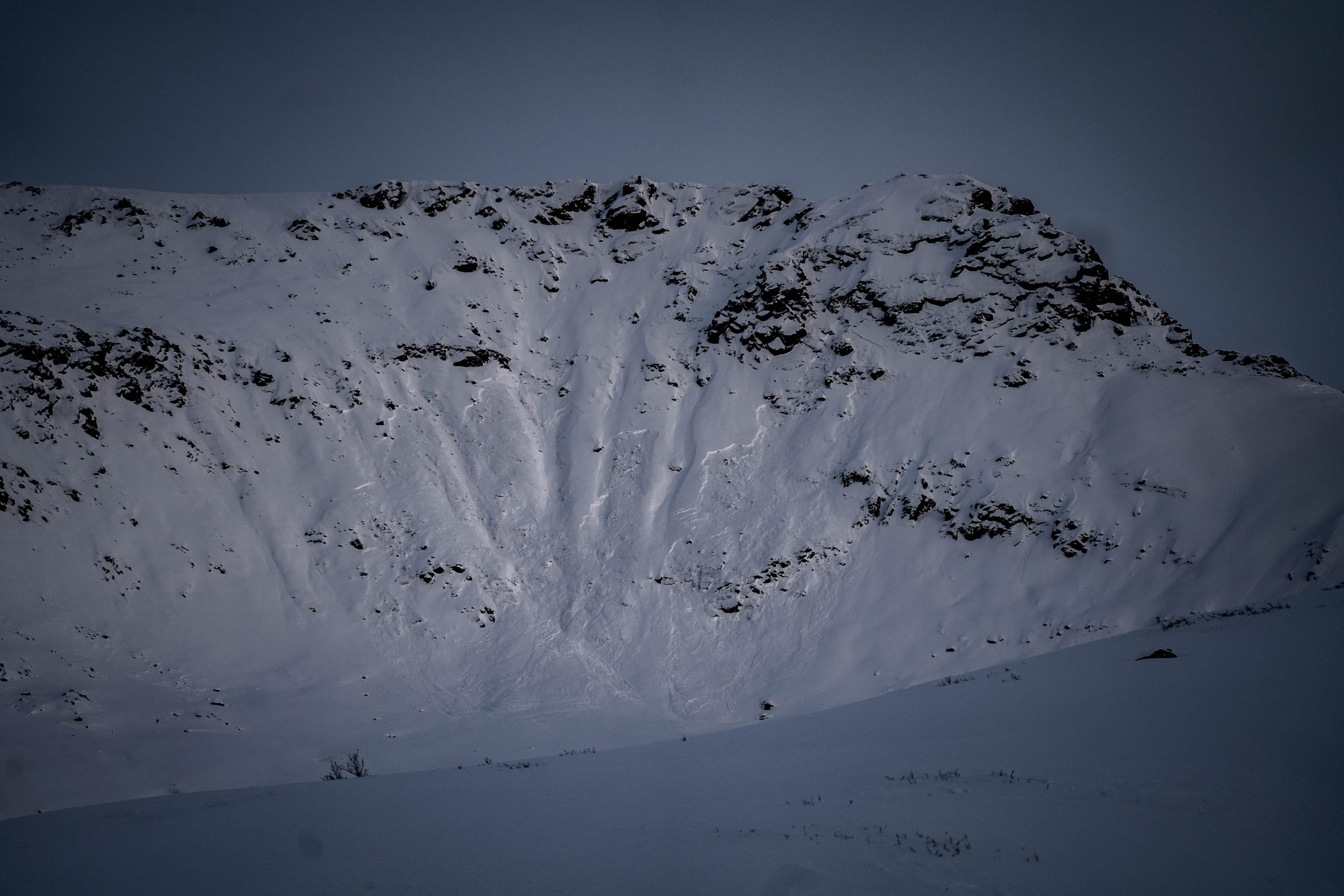 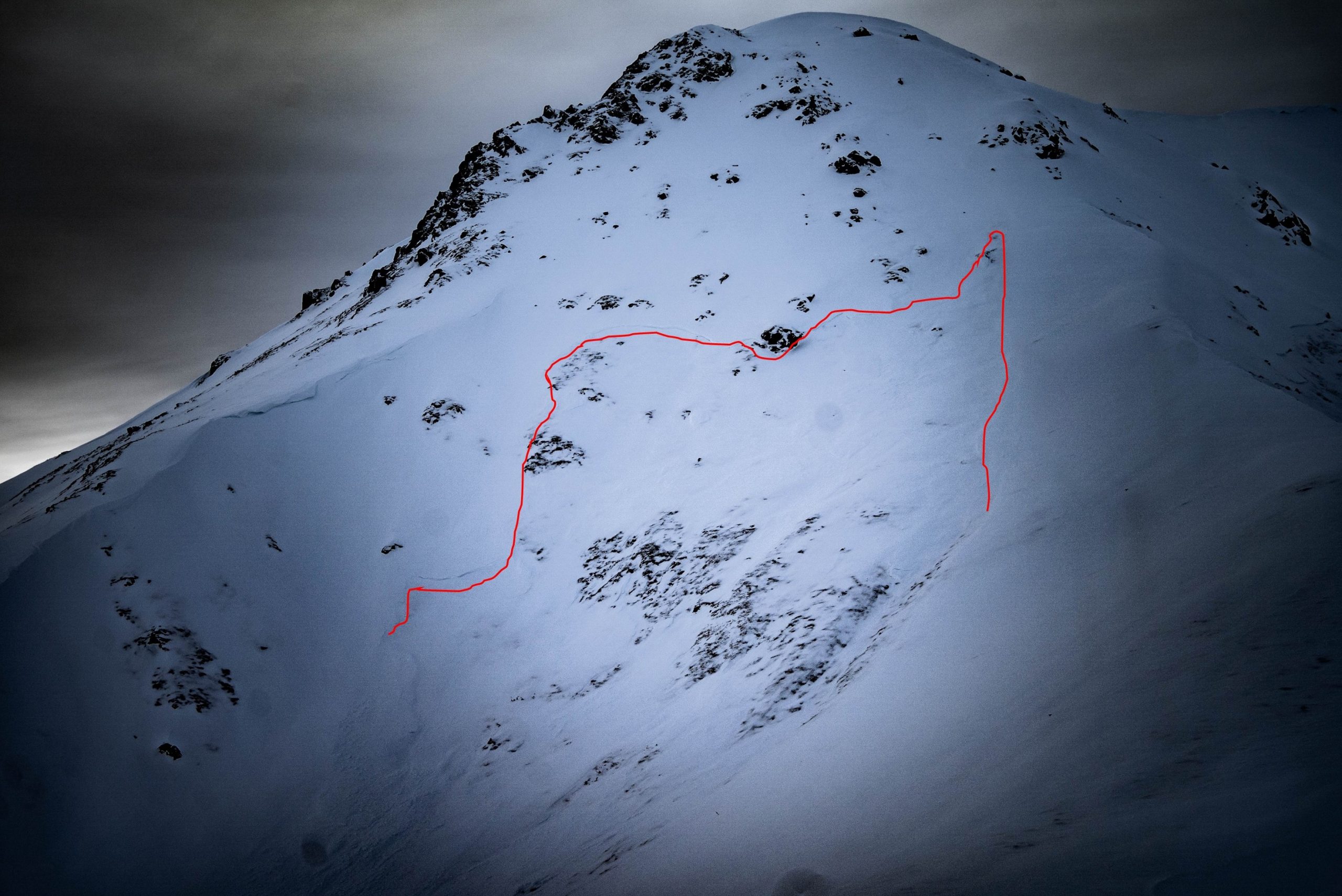 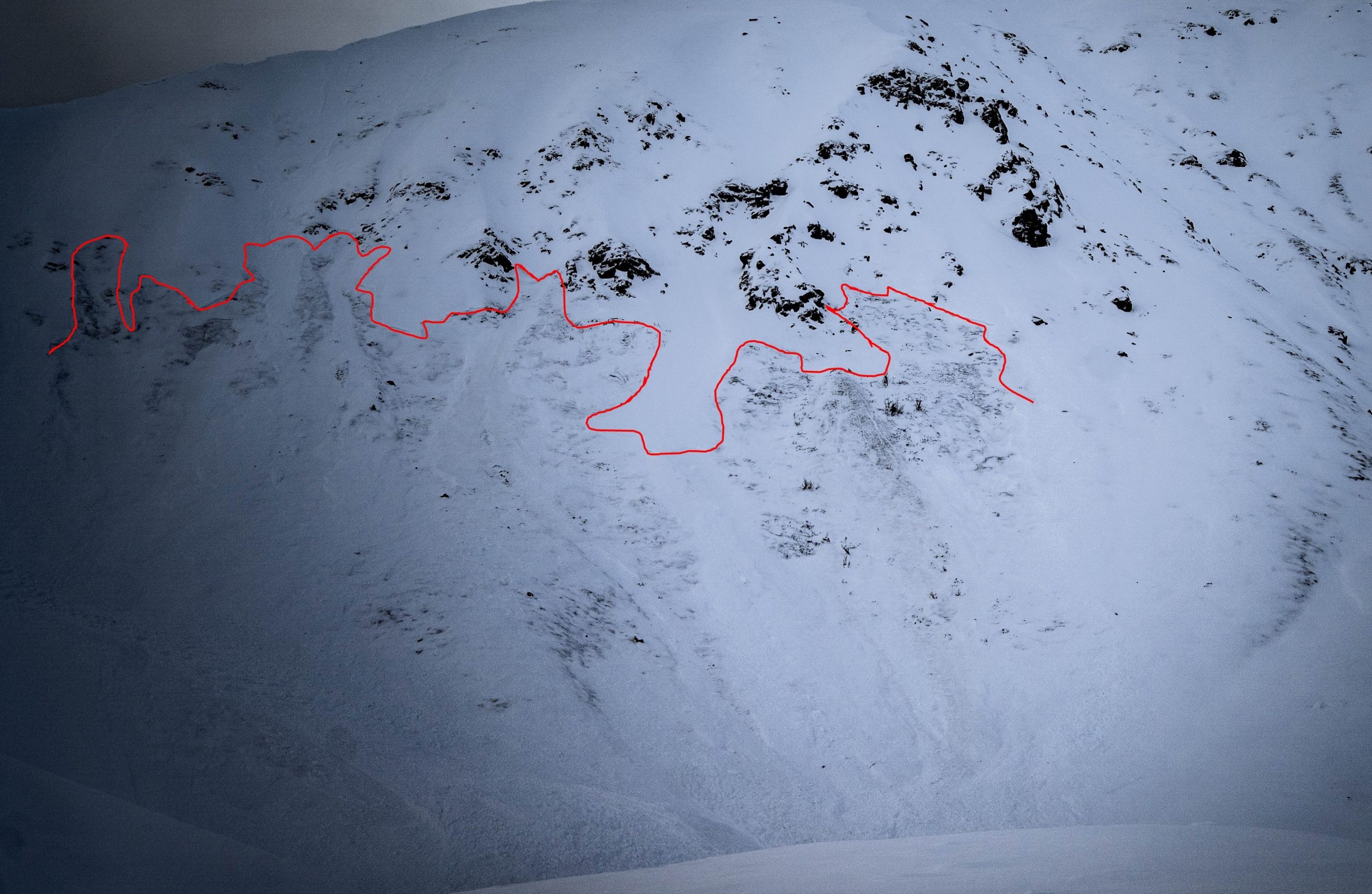 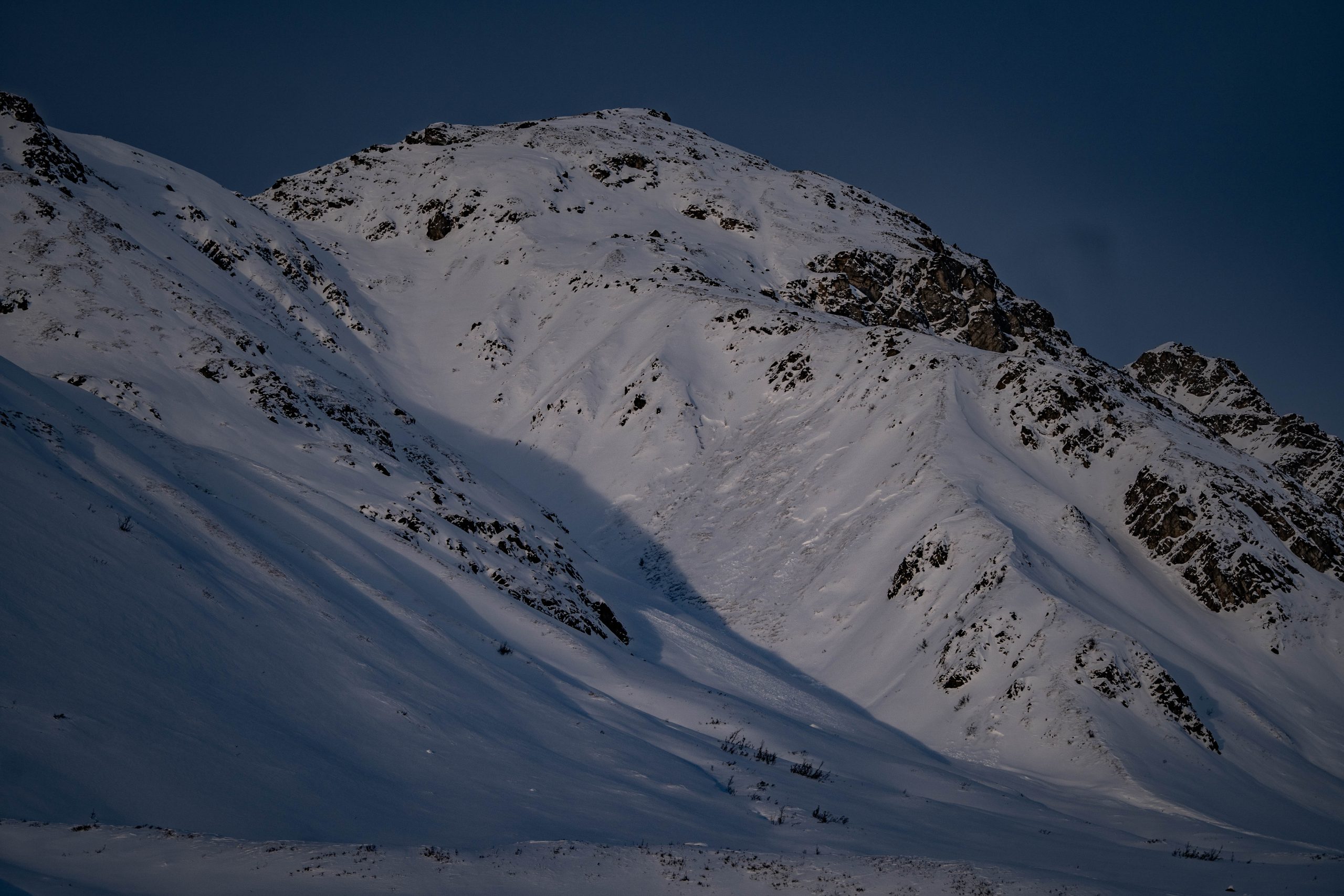 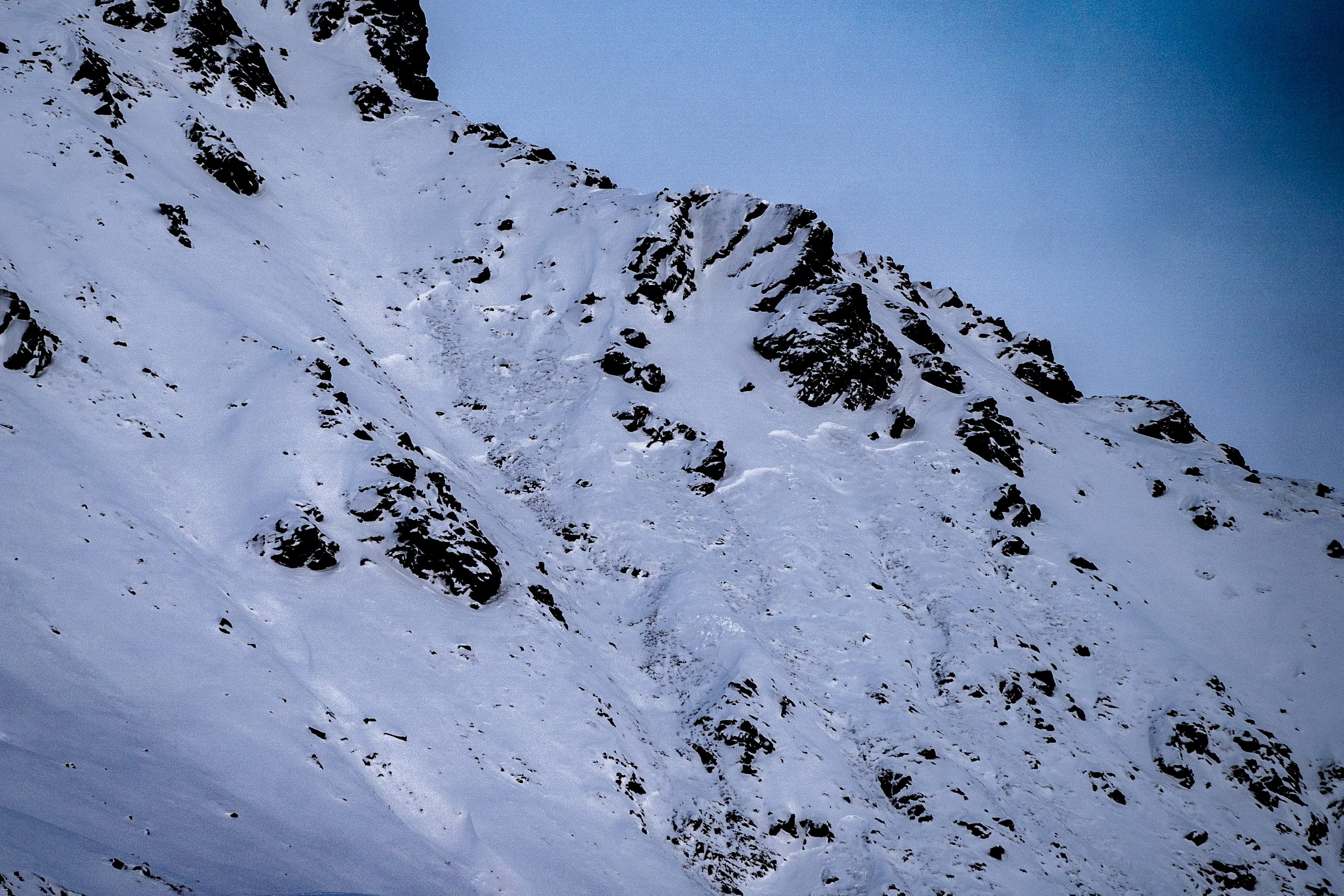 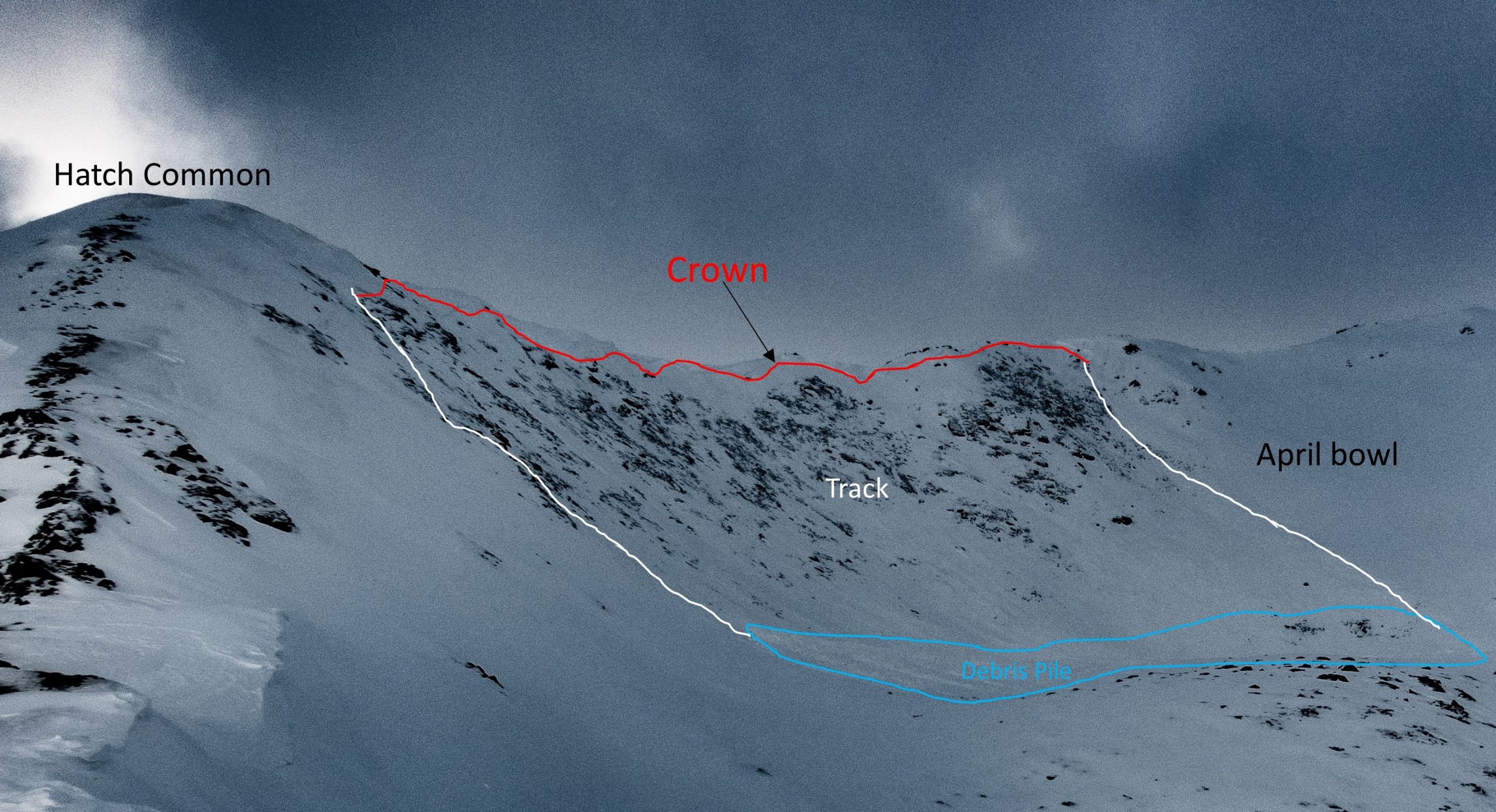 Avalanche Problem 1
Persistent Slabs
Persistent Slab avalanches are the release of a cohesive layer of snow (a slab) in the middle to upper snowpack, when the bond to an underlying persistent weak layer breaks. Persistent layers include: surface hoar, depth hoar, near-surface facets, or faceted snow. Persistent weak layers can continue to produce avalanches for days, weeks or even months, making them especially dangerous and tricky. As additional snow and wind events build a thicker slab on top of the persistent weak layer, this avalanche problem may develop into a Deep Persistent Slab.
Likelihood of Avalanches
Terms such as "unlikely", "likely", and "certain" are used to define the scale, with the chance of triggering or observing avalanches increasing as we move up the scale. For our purposes, "Unlikely" means that few avalanches could be triggered in avalanche terrain and natural avalanches are not expected. "Certain" means that humans will be able to trigger avalanches on many slopes, and natural avalanches are expected.
Size of Avalanches
Avalanche size is defined by the largest potential avalanche, or expected range of sizes related to the problem in question. Assigned size is a qualitative estimate based on the destructive classification system and requires specialists to estimate the harm avalanches may cause to hypothetical objects located in the avalanche track (AAA 2016, CAA 2014). Under this schema, "Small" avalanches are not large enough to bury humans and are relatively harmless unless they carry people over cliffs or through trees or rocks. Moving up the scale, avalanches become "Large" enough to bury, injure, or kill people. "Very Large" avalanches may bury or destroy vehicles or houses, and "Historic" avalanches are massive events capable of altering the landscape.

Persistent slabs, 1-3 feet deep, will be possible to human trigger, or remotely trigger today, on all aspects, at all elevations, on slopes 30° and steeper. Triggering any avalanche will have the added hazard rocks.

Warm temperatures, a lack of significant precipitation, and light winds this weekend will aid in the continued, but slow trending, increase in stability.

Approximately 16″ of new snow and strong winds this week overloaded our loathed persistent slab resulting in a natural avalanche cycle on 12/21 and 22 on all aspects and at all elevations.  The same structural problem that resulted in natural avalanches earlier in the weak, will continue to be a problem for human triggering this weekend.

Two widespread, persistent, faceted weak layers exist in the snowpack, one mid pack and the other at the base of the snowpack. Both weak layers were culprits in several avalanches this week, which resulted in wide propagation, and some avalanches failing in the upper weak layer and then stepping down into the deeper weak layer near the ground.  These layers will continue to be the main problems this weekend.

For the recipe to be ripe, we need to have a slab sitting on a weak layer. Because the slab component has been re-distributed by recent strong winds, there is a lot of special variability.  In some areas the snowpack is almost completely comprised of weak snow, and lacks the slab component. In other areas we are finding stiff slabs over weak snow, creating the set up for dangerous avalanches. Predicting and identifying  exactly where the slab/weak layer is located will be difficult, even for the expert eye.

Red flags for this avalanche problem are whumphing, shooting cracks, stiff snow sitting over weaker snow, and poor instability test results. Any one pit will not give you the entire picture of the snowpack’s stability due to spatial variability. Pole and probe tests will be a good techniques for assessing snow depth, and where cohesive slabs sitting over weaker snow exist and where they do not.

It’s a bit of a poker game. In these gambling situations stack the odds in your favor; gather all the information you can through the forecast,  recent observations, weather stations, and your in-field assessments, and then pony up a large dose of conservative travel protocol, and combine that with smart terrain choices, ie. slopes that lack terrain traps. If you aren’t the gamblin’ type, avoid the hazard altogether, and stick to slopes less than 30° and out of the runout of slopes 30º and steeper, where triggering a persistent slab is unlikely.

This week started out with some exciting weather, new snow, and extreme winds! On Sunday independence mine received 8” of new snow, temps remained in the single digits. On Monday winds increased at Marmot and Independence Mine with gusts reaching 28 mph lasting for approximately 8 hrs. Late Monday winds increased, with gusts reaching almost 50mph at both the marmot and independence mine. These winds lasted for about 14hrs. On Wednesday winds tapered and another 8” of new snow fell at independence mine. Since Thursday the winds tapered off and we have had relatively benign weather, with generally cloudy and overcast skies.

Today we are expecting clouds with 1-2″ of snow accumulation tonight, light SE winds, and temperatures cooling to 17°F at 1000′ by this evening with a possible inversion and slightly warmer temps up high. 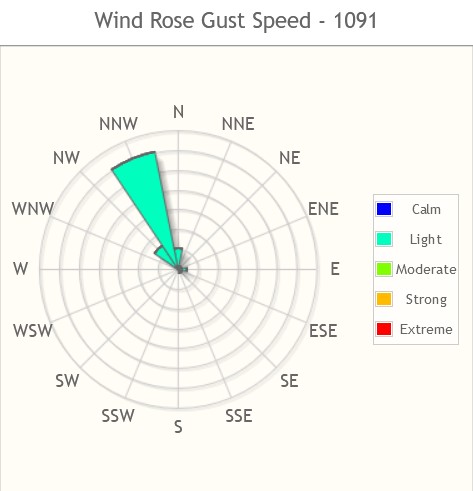 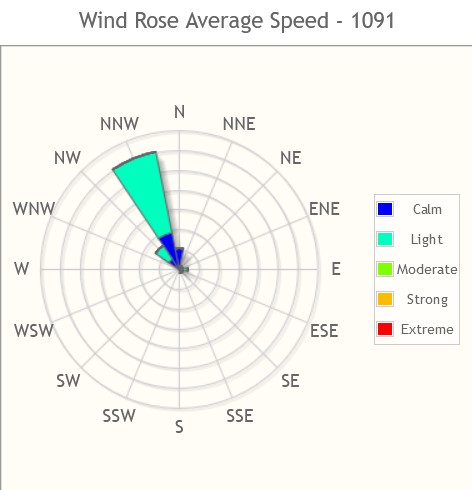 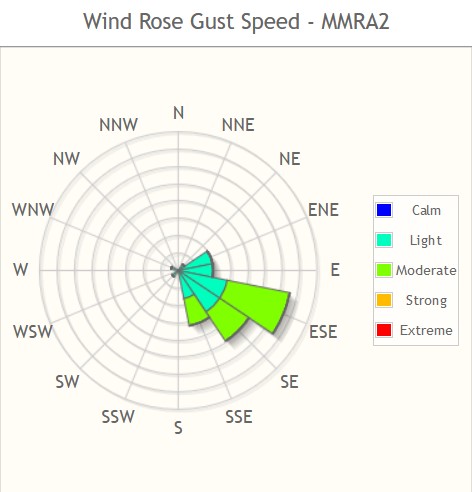 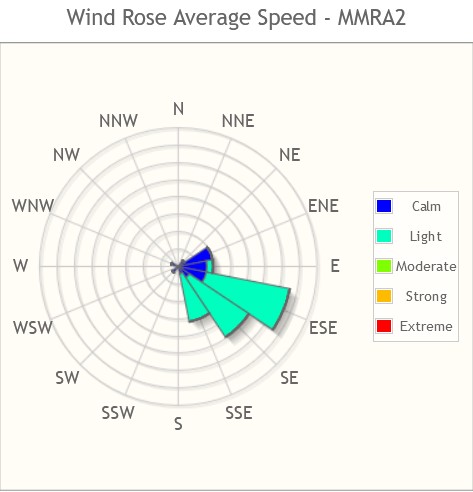