Today’s avalanche problem will be dry loose, human triggered avalanches are possible at all elevations and on all aspects. These avalanches will be small in size. Natural avalanches are unlikely.

Rocks and other hazards are sitting just below the surface, even a small avalanche could have high consequences.

Riding conditions have improved with last weeks new snow, coverage is still thin in many areas especially near ridgetops.

Thanks to our sponsors.
Thu, January 28th, 2021
Recent Avalanches

Cold temps and light winds this week have caused snow surfaces to lose density and begin to facet. This low density sugary snow will be capable of producing dry loose avalanches on all aspects and at all elevations. Expect to find this avalanche problem in terrain that is 40° or steeper. Human triggered avalanches are possible and will be small in size. Natural avalanches are unlikely. 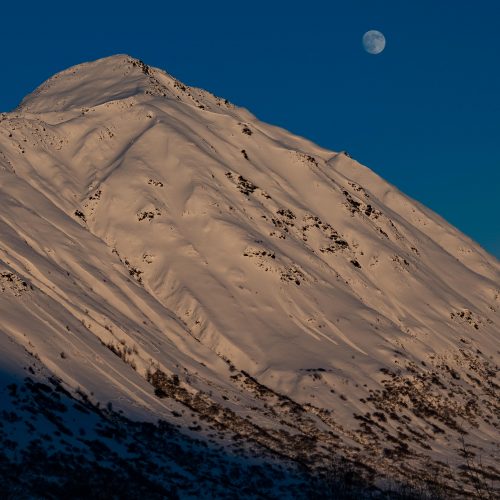 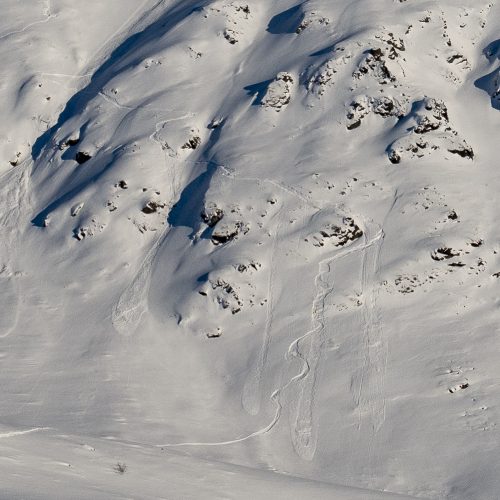 Two human triggered avalanches on 1/24 are a good reminder that persistent slabs are still possible to trigger in isolated areas. The beginning of the week saw a lot of backcountry travelers covering multiple aspects at the mid to upper elevations without any more persistent slab avalanche activity beyond the ones from 1/24. This is a pertinent negative, confirming the persistent slab problem for isolated locations, and not a widespread problem. Any persistent slab avalanche triggered will likely fail at or near the ground. This is concerning due the high likelihood of hitting an obstacle and sustaining a traumatic injury if you are caught in an avalanche. 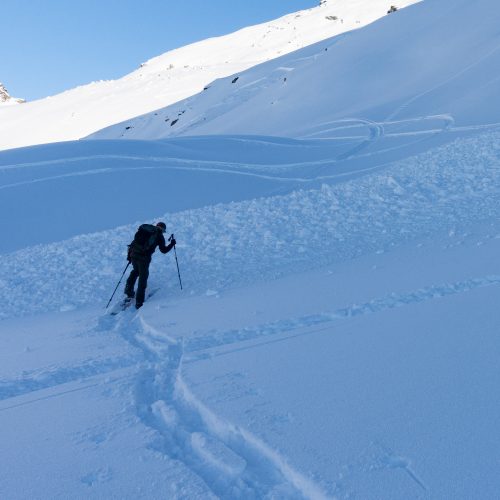 Debris from 1/24 human triggered avalanche on the Tsunami Wall west 3500′.

Cold, clear and light variable winds have been the trend this week. On sunday 1/24 temperatures were in the mid 20s and began to drop into the teens. While temps began to drop the sky began to clear and light variable winds began. These conditions have persisted this whole week. With these weather conditions widespread surface hoar has begun to form and snow surfaces have begun to facet. 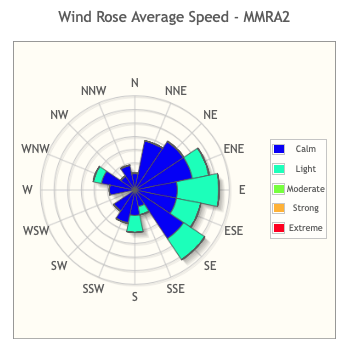