Natural avalanche activity is likely beginning today. Low visibility and stormy conditions will make assessment challenging until after the storm.

Numerous natural dry loose sluffs were observed this week with 7-9.5″ of new, low density snow, the majority of which accumulated on 1/28, on all aspects, on slopes above 40º.  Many of the loose dry avalanches occurred during the 1/28 storm, with more natural activity on 1/31 with the first direct solar gain on the new snow.

On2/1 – On the northern side of Friendship pass near Dog Sled Pass, a human triggered slab avalanche was reported on a NW aspect, 35-38º slope, 4700′, D1.5.  One person was caught and carried, partially buried to their chest, no injuries. 2 pictures below. 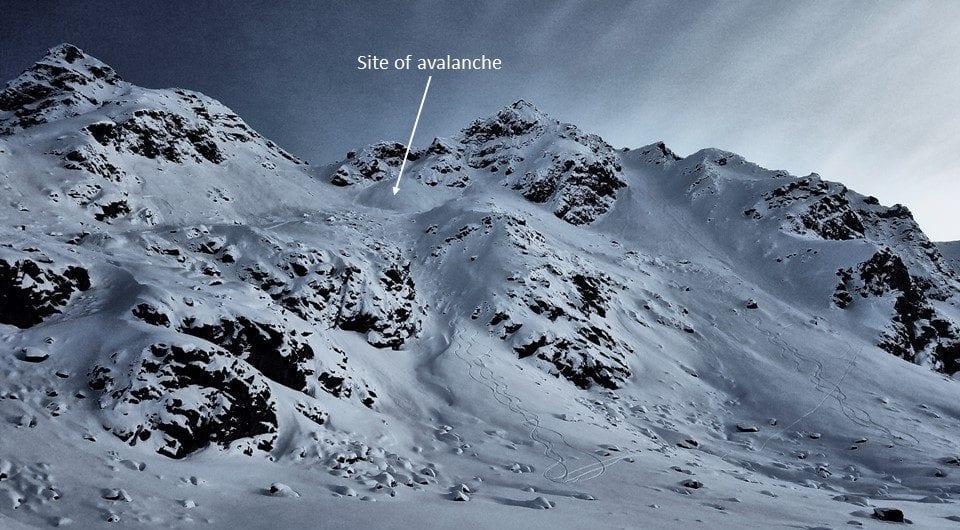 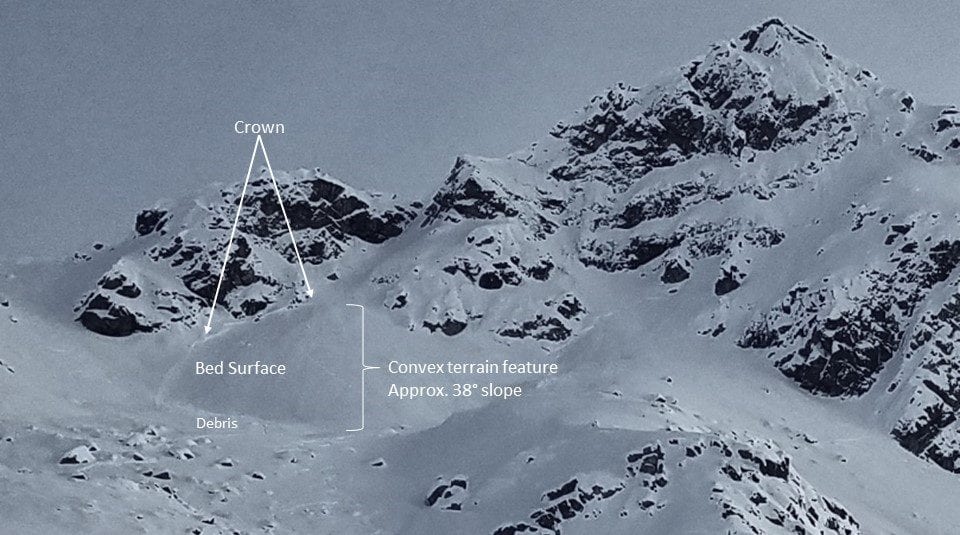 A change in the weather pattern which started late last night and will continue through Monday is bringing a substantial snow storm to Hatcher Pass.

As of 3 pm today 7-8” of new snow has accumulated at the IM Snotel site at 3550’. Expect snow totals at upper elevations to be higher, possibly up to 12” so far.

Up to 2 feet of new snow is forecasted for Hatcher Pass by Monday morning. 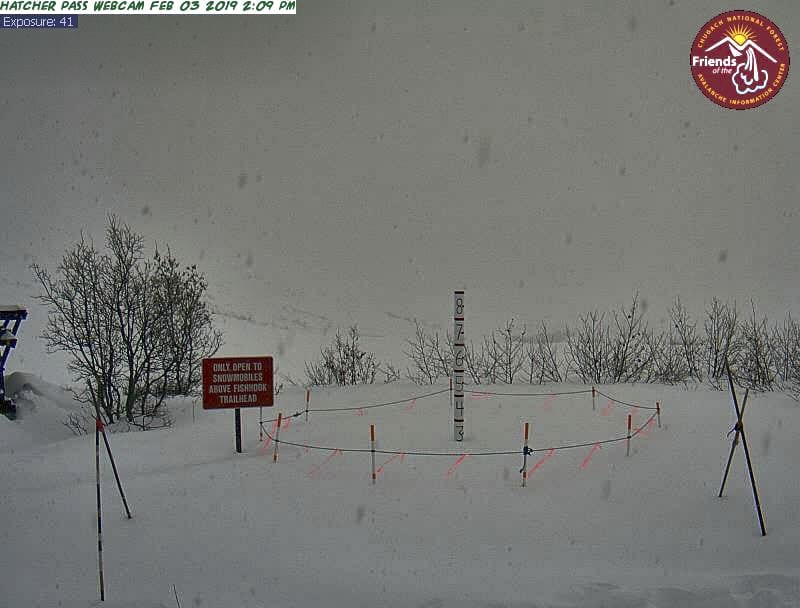 A warming snow storm, new snow and wind will all contribute to increasing the avalanche hazard today through Monday.